American journalist and author, Anne Applebaum, on U.S. foreign policy, differences between Barack Obama and Mitt Romney and the limits of presidential power.

Anne Applebaum: The difficulty in judging Romney is that even at the end of the campaign we don’t really know what his foreign policy would be. He has changed his advisers several times: those working on his campaign are quite different from those in his proposed ‘transition team’. Romney has also used different types of language at different times. Sometimes he sounds very hawkish and criticizes Obama very loudly for not pushing a more aggressive agenda. But when, during one of the presidential debates, he was asked about concrete polices, he sounded very similar to those of Obama. There might be different rhetoric if he were president, but not much more.

Are you saying the differences between the two candidates’ policies are purely linguistic?

Let’s remember that every American president is very much constrained in his actions – especially in foreign policy – by circumstances, by budgets and by previously made commitments. People tend to focus on the presidential race so much because it’s more exciting and easier to follow than congressional elections, for example, and so they tend to talk as if it really mattered. But it’s far from clear that American foreign policy with Romney in power would be much different from what it is right now.

Well, I see at least two ways in how it might be different. First, Romney promised to increase military spending to 4 per cent of the GDP which might have significant consequences for American engagement overseas.

Yes, but Romney doesn’t have the money for that, so he would not be able to do it. It’s just talk.

Let’s move to a second major difference then. It is often said that Obama’s administration in the last four years has been trying to get out of the Middle East and to focus their policy on the Far East. Secretary Clinton traveled to this region on many occasions and tried to create a coalition comprised of such countries as Japan, Thailand, and Indonesia which would surround China and thus offset the Chinese power in this part of the world. I think Mitt Romney’s administration could undo that if they decided to focus back on the Middle East.

Do you think America has really gotten out of the Middle East?

Obviously not but there are differences in emphasis the president might put on different aspects of foreign policy which in turn have substantive consequences.

I don’t think there is much room for maneuver in this respect. No matter who the president is he will have to honor the commitments already made. If Romney became president, he would still have troops in Afghanistan, serious obligations and responsibilities in Iraq and deep, complicated relationships with Israel, Saudi Arabia and others. These are immovable pieces of the puzzle that are not easily changed.

Would you then say that Barack Obama’s foreign policy in the last four years has also been pretty much the same as his predecessor’s, George Bush?

Yes, it’s been a remarkable continuity of George Bush’s second term. Obama increased the number of the troops in Afghanistan as Bush would have done, he took troops out of Iraq as Bush said he would do, he maintained the war against Al-Qaida in Pakistan using the drones which Bush would probably have done as well. He even killed Osama Bin Laden, which Bush would have liked to have done. At the moment, there is a good deal of tension between China and Japan. Do you think George Bush would stay away if that was happening during his administration? America is obliged by its alliances and obligations in different parts of the world. Nothing Obama has done in foreign policy that has been radically different from what George W. Bush would have done.

Does it mean that American foreign policy is shaped more by institutional constraints rather than president’s convictions of what is right and desirable thing to do?

There are institutional constrains, there are obligations the U.S. has to its allies, there are situations that are hard to get out of and hard to change rapidly. Of course the president could immediately withdraw all our troops from Afghanistan but is it likely that either of the candidates would do that?

How then can you explain huge differences in popularity between Obama and Romney in virtually all countries all over the world?

That’s easy. First of all, nobody knows much about Romney – this has been one of the worst-reported U.S. elections I can remember. Four years ago Obama and McCain were in the British papers every single day. I know that because I wrote a lot of these pieces myself. This time nobody wants me to write anything and there’s very little interest in who is going to win. Secondly, his one foreign campaign trip wasn’t particularly successful and from a distance he looks unattractive to a world which is at the moment angry at bankers and rich people. Thirdly, he hasn’t made any significant efforts to appeal to foreigners which Obama did in his campaign in 2008. And finally, I guess he seems superficially similar to Bush, and Bush was unpopular. There’s nothing new and novel about him.

Why has he been so little written about in foreign press?

Maybe foreigners aren’t interested in America because Americans aren’t interested in foreigners? This election is not really about foreign policy. In this election cycle there are more important things, above all the economy. During the only presidential debate wholly dedicated to foreign policy, each of the candidates kept trying to turn conversation back to the economy, and they wound up moving pretty rapidly from China to American car industry.

Speaking of China, Mitt Romney has repeatedly promised during this debate that he is going to crack down on Beijing’s ‘unfair trade practices’. He wants to force Chinese government to stop devaluating their currency.

No American president has the power to dictate Chinese economic policy. Romney would have no more influence than Obama – though it is true, I should say, that the Chinese currency has strengthened over the past four years. The more important point is that China itself is right now changing rapidly, and it’s no longer clear that the Chinese model can continue to work in quite the same way. You can already see the cracks in it. As productions costs rise, manufacturers are beginning to move their factories to different countries, among others to Mexico. The value of the Chinese currency may soon cease to be an important issue.

On the other hand, however, the Chinese have intensified their trade relations with Africa. The United States are visibly not present there and some authors, as for example Dambisa Moyo, argue that the West has already lost Africa to China.

That’s a silly claim, because it’s too early to say. It’s true that the Chinese have a big investment presence in Africa, but that’s because it has been a matter of government policy to send state companies to Africa. American government cannot send state companies to Africa because we don’t have state companies. At the same time, the American private sector is beginning to notice Africa, and I read article after article about the economic boom there. There is no evidence that Chinese are popular among Africans, and I don’t see any evidence that Africans are trying to imitate the Chinese system.

From what you are saying I assume you are not one of those pundits predicting the inevitable decline of the United States in the forthcoming decades.

By no means. Countries have good phases and bad phases. I’m old enough to remember the Oil Crisis in the 1970’s, when the United States was supposed to be in a major decline. That was a time of economic weakness and foreign policy failures – and then it was suddenly reversed. It is true that in the last 30 years we have seen many new countries growing in wealth – my friend Fareed Zakaria calls this ‘the rise of the Rest’ – which makes the United States relatively less important. But that doesn’t mean America is inevitably finished.

No matter who the president is?

No matter who the president is.

* Anne Applebaum is an American journalist and author, columnist for the ‘Washington Post’ and the Director of Political Studies at the Legatum Institute in London. In 2004 she was awarded the non-fiction Pulitzer Prize for ‘Gulag: A History’. Her latest book, ‘Iron Curtain: The Crushing of Eastern Europe, 1944-1956’, published in October 2012, was nominated to this year’s National Book Award. 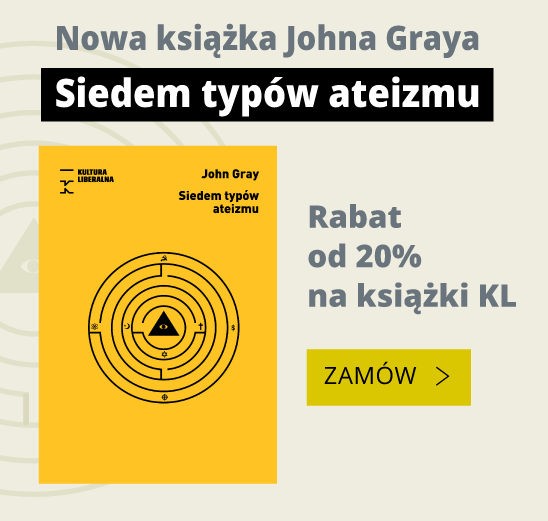